The Stroke Doc is a high-stakes medical drama that takes place in the back of screaming ambulances, in hospital corridors and emergency wards around the world, taking us from Muskoka to Manila, where success is measured by nearly imperceptible changes on an MRI, scrutinized in the middle of the night. And where failure could very well mean the loss of decades of research and tens of millions of dollars. Not to mention setting back the science of stroke drug research yet again.

Is Dr. Tymianski’s drug just another in a long line of failed stroke drugs? Or is he actually on the cusp of the biggest Canadian medical innovation since the discovery of insulin? 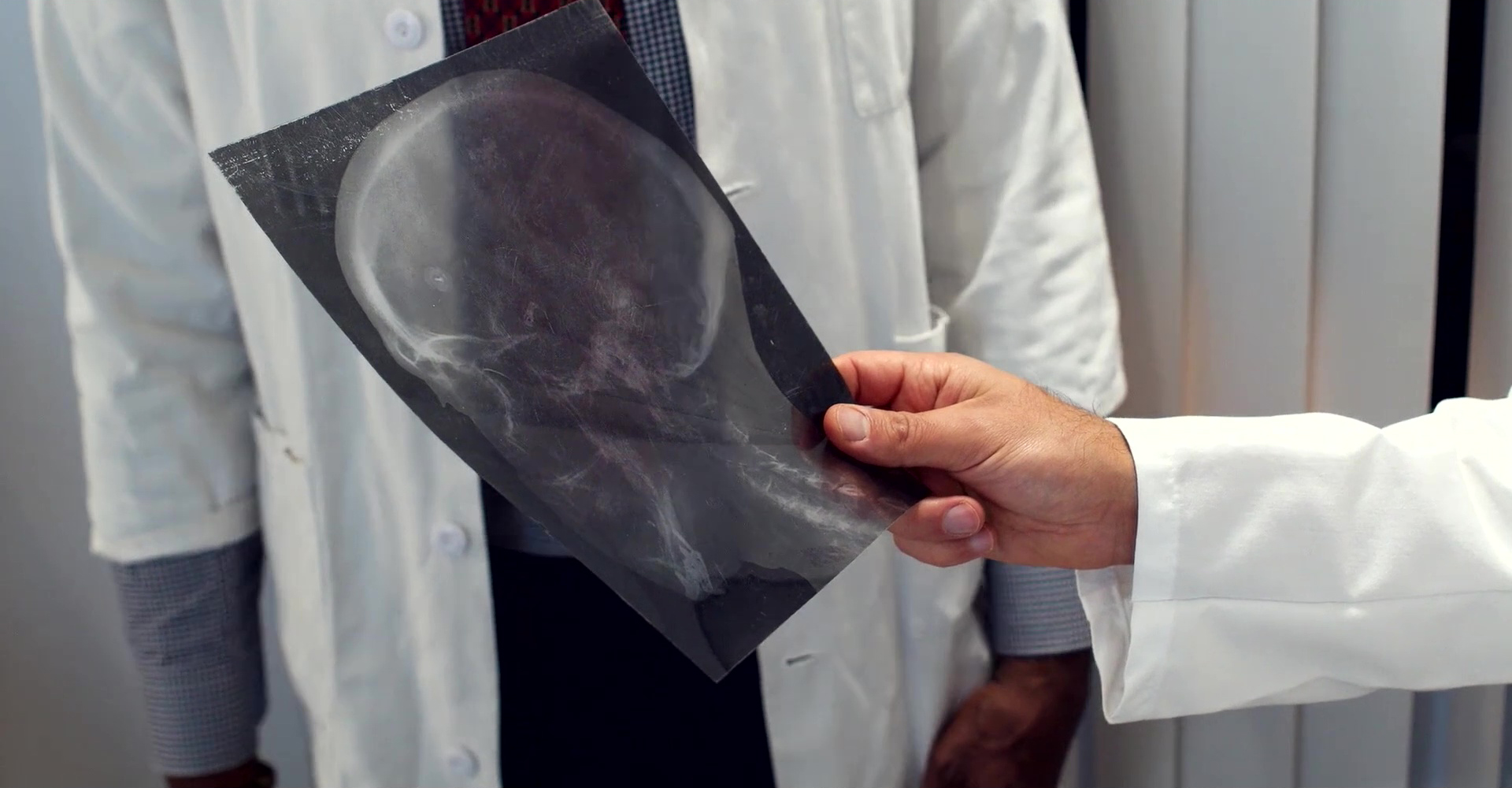 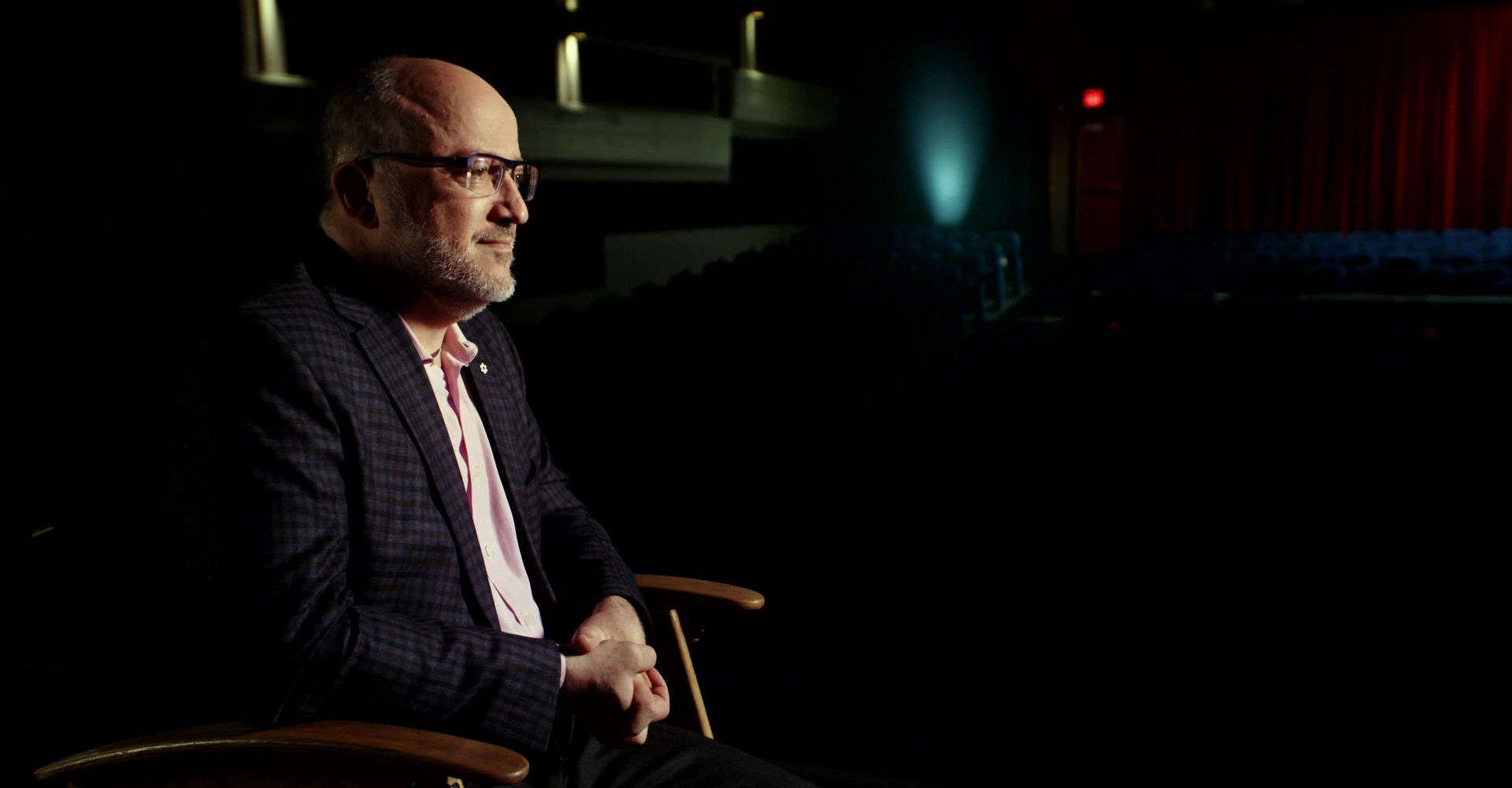 Dr. Michael Tymianski is a world-renowned neurosurgeon, neuroscientist and entrepreneur. In 2003, he founded NoNO Inc., a private company with a single-minded focus to protecting patients against the worst effects of stroke. Nearly two decades later, Dr. Tymianski has led one of Canada’s best biotechnology teams through successful phase 1, 2 and 3 trials, and is currently conducting two further phase 3 trials to establish whether the drug he pioneered, nerinetide, can safely and effectively, mitigate the damage caused by stroke in humans.

In addition to heading up NoNO, Dr. Tymianski was also the Head of the Division of Neurosurgery at the University Health Network in Toronto and is a Professor of Surgery and Physiology at the University of Toronto, providing the company with unique academic, preclinical and clinical expertise. He is a Canada Research Chair (Tier 1) in Translational Stroke Research. Dr. Tymianski was invested into the Order of Canada in January 2018.

The Journey of a Documentary

This documentary followed the last phase of the human drug testing, a near decade long odyssey, of trial and error, of starts and stops, of pivots and perfections, of losses and gains.

Accompanying Dr. Tymianski on the final leg of this long journey were dozens of different directors, story editors and editors, each passing a chapter like a baton to the next, until finally the documentary made it over the finish line. There from start to finish was filmmaker Stuart Coxe, who, in the end, became the voice of a story, since he knew it so well. Documentaries are always fraught projects that often suffer their own pivots and setbacks, and this project was no different. What was supposed to take a year to tell, stretched into nine (and there is still another chapter to write!) 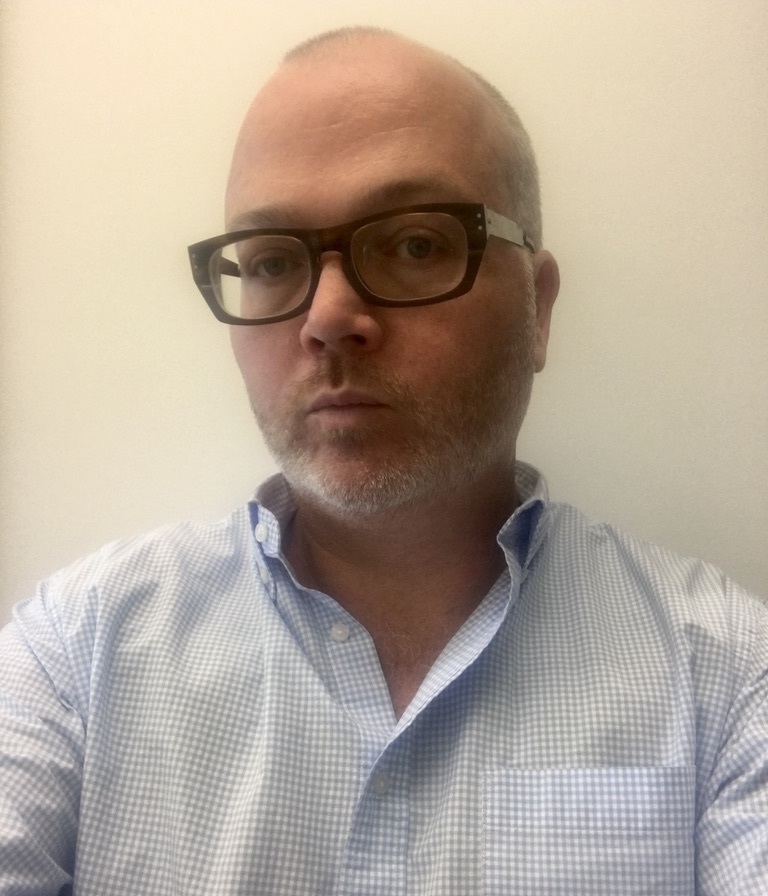 Interview with the Filmmaker,

Stuart Coxe has been a journalist, filmmaker and producer for the past 30 years. Recent credits include executive producing "Captive" (Yorkton Grand Prize Winner, 2021) and "Spirit to Soar" (Hot Docs Audience Award Winner, 2021). He also produced "Secret Path", "Secret Path in Concert" and "Finding the Secret Path," the last three film projects of Gord Downie. Earlier in his career, he was executive producer of CBC's The National, and he started and ran "Dragons' Den" on CBC for its first 3 seasons. His company, Antica Productions, is now one of North America's largest podcast studios.

Stuart, when did you first start making films?

I always wanted to be a filmmaker. I started making films as a little kid with Super-8 cameras. My parents convinced me I had to get an undergraduate degree - something sensible, other than film. I didn't even know you could properly go to film school outside of California. So I did an undergraduate degree in English, Drama, History and Philosophy and basically bounced around a lot. I got a job working at a film company in my last year of school and managed to parlay that into a full time job. My first serious project was just after university, when I went to Iraq right after the first Gulf War and spent a month working on a documentary for Japanese, Austrian and Canadian television. 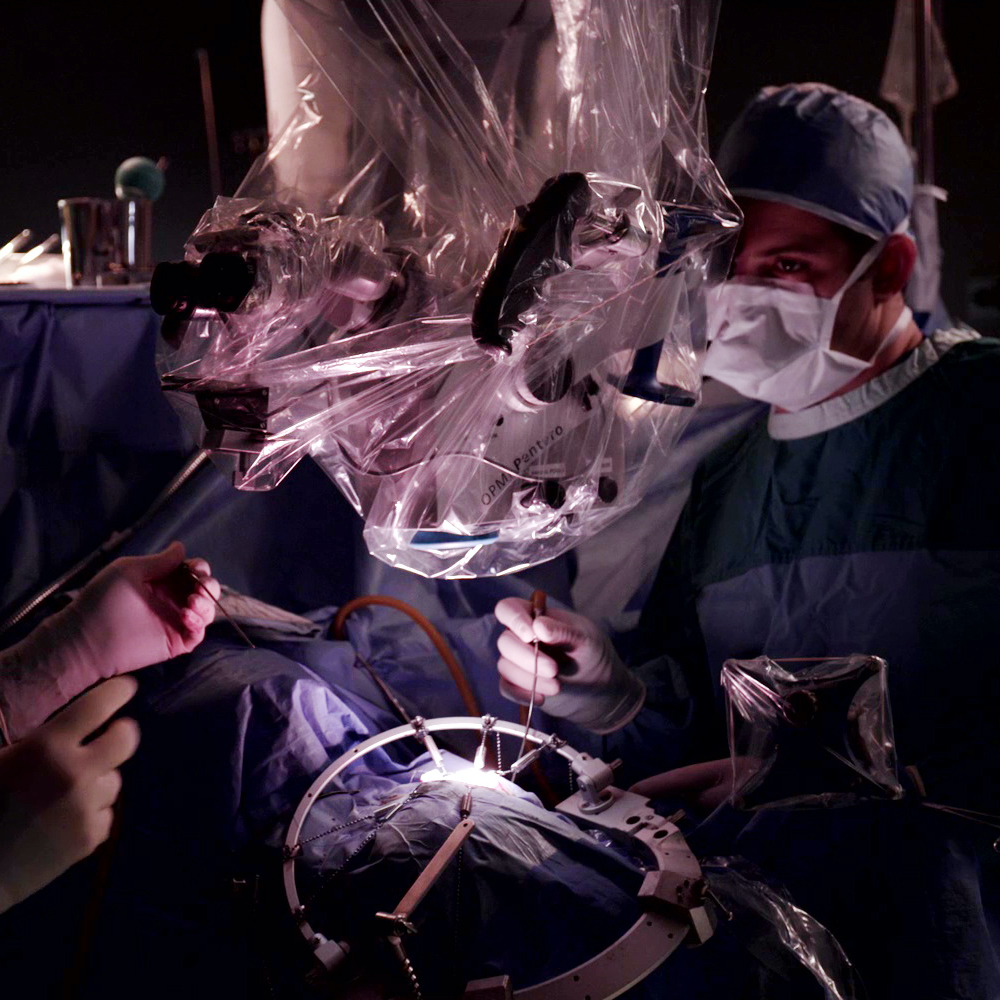 What intrigued you at the very beginning about Dr. Mike Tymianski’s story?

I've done a lot of documentaries over the years, but there's something incredible about making a genuine “access documentary” that takes you into a different world. So much of our lives today has been made possible by the power of modern medicine and drugs, but we rarely get to see exactly how it happens.

And here we were, finally getting to see how a drug is developed, a drug that may or may not be successful. It was just absolutely fascinating. It’s a story about someone who could be gambling their career and tens of millions of dollars on something that really wasn't predetermined. Dr. Mike’s a realist. He knows the odds are against him. But at the same time, there is a confidence he has in his ability to hit it out of the park.

What were the particular challenges of telling this kind of story visually?

Well, the first question was: would they let our cameras in anywhere, to talk to anybody? Beyond Dr. Mike, there were so many people who could have said no - doctors and researchers and investors and patients. It really is a minor miracle that we were able to get any footage at all of this incredibly complex process that spans Canada, the United States, Korea - really all over the world now.

Visually, it was also challenging. This is a drug that could lessen the damage from a stroke. So even if this drug was going to prove wildly successful, it would be because people—after having a stroke—would have less damage than they might have had were it not for the drug. How do you show that?

So it is all in the storytelling. Our team, which over the last decade has comprised many, many people, was tasked with telling the compelling and dramatic story about what it's like to do real research in medicine, in real time. And we did just that.

When I first met Mike, nine years ago, it was in the atrium of Toronto Western Hospital. I was introduced through a friend who told me about the incredible research Mike was doing. He was in scrubs and he said, “We're going into the final stage of human trials on a drug that, if it works, could be one of the most significant medical discoveries ever to come out of a drug trial.” I said, “Well, how long does this part of the trial take?” He said, “If everything goes well, maybe a year?”

I should have paid more attention to the part where he said, “If everything goes well.” Because it took much, much longer than a year…it took almost a decade.

It was a very complex trial. They were testing it on stroke patients. They had to sign up first responders to be trained in getting consent and administering the drug. The drug had to be kept at a certain temperature in a paramedic’s toolkit. The paramedics and researchers performed Herculean feats of organizational complexity to make it work. And still, Mike and his team had to go back to the drawing board multiple times and tweak the trial.

You really realize that though we see these amazing miracle drugs hitting the market, we're unaware that it is still a very human enterprise to discover these molecules, to refine them, to come up with an efficient way to test them. And then get that drug to market at a cost that someone can bear. It's an incredible testament to Mike, his team and his own perseverance that they were able to continue and achieve the results that they did. 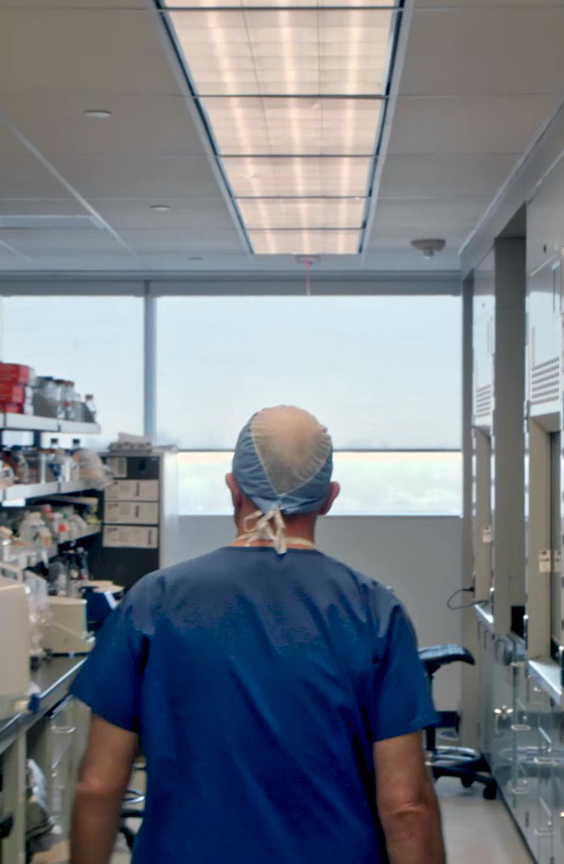 Speaking of perseverance, there were different iterations of different teams at the helm of this project over the nine years: five directors, five producers, nine cinematographers, five writers and editors. How common is that on a project like this?

Look at so-called “long follow” documentaries, like the basketball epic Hoop Dreams or Barbara Kopple’s American Dream, which tracks a strike at a meat plant in Minnesota. These are the products of a director’s singular vision, who is committed beyond all economic sense to tell the story. Often, with low-budget documentaries like this one, the only person TO tell the story in the end is the director. After nearly a decade, I was the last one standing. It’s my voice you hear because I was the only one there from beginning to end that knew the whole story.

In this era of COVID, when we're all so hyper-aware of the power of drugs and vaccines, while also combating misinformation, what do you hope people take from watching a documentary like this?

If we didn't feel it already, we have to have a tremendous amount of respect for both frontline workers and researchers who have saved us from what could have been a much, much worse outcome with COVID.

That level of dedication and professionalism is also there in the treatment of cancer. It’s there in Alzheimer's research. I do think, as a non-scientist and non-medical person, that we take for granted the incredible human achievement that is modern medicine and science. I hope, in this little part of the story we captured with Mike, people will come away with a renewed appreciation and respect for medical and research enterprises. They are truly are some of the greatest triumphs of the human spirit.

As a filmmaker, what are you going to take away from this project?

Maybe to listen a little bit better to the caveat “If all goes well…”. Kidding. The great pleasure of working in nonfiction filmmaking is not knowing how the story is going to turn out and being reminded again and again that truth is always stranger than fiction.